My Assault 100 helicopter came with a transmitter module that allows you to use it with any transmitter. This module is also used with HobbyKing’s Q-BOT Micro quad and FBL100 helicopter. It’s actually just a rebranded HiSky HT8 module which is used for many HiSky helicopters. Rather than have to charge this module separately and hang it off of my Turnigy 9x, I decided to build a module specifically for my 9x which would power it up and keep it safely in place. 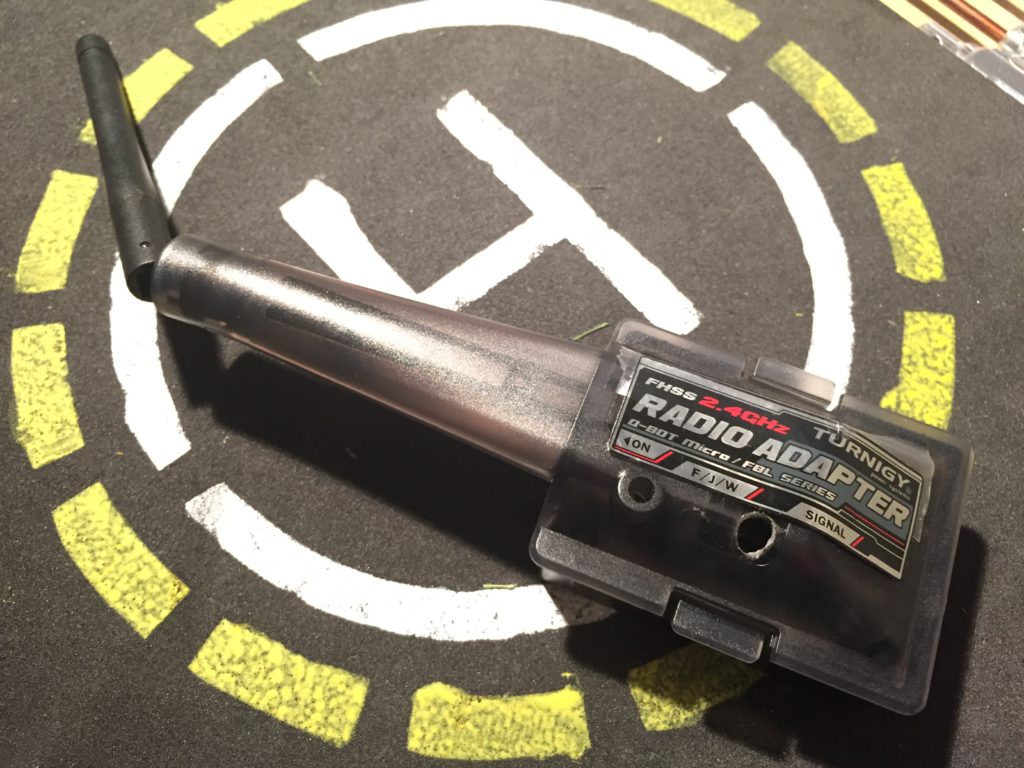 Most of this information was gleamed from this write-up on RCGroups.com. Since I used a different module case, I wanted to document my experience separately…

I got this Spektrum brand module case which includes an antenna from a local hobby shop for $10. I also got a 5-pin “molex” connector to wire it to the 9x’s 5-pin header.

To begin I unscrewed the HT8 transmitter case and removed the included lipo battery. I then de-soldered the battery connector and the antenna. 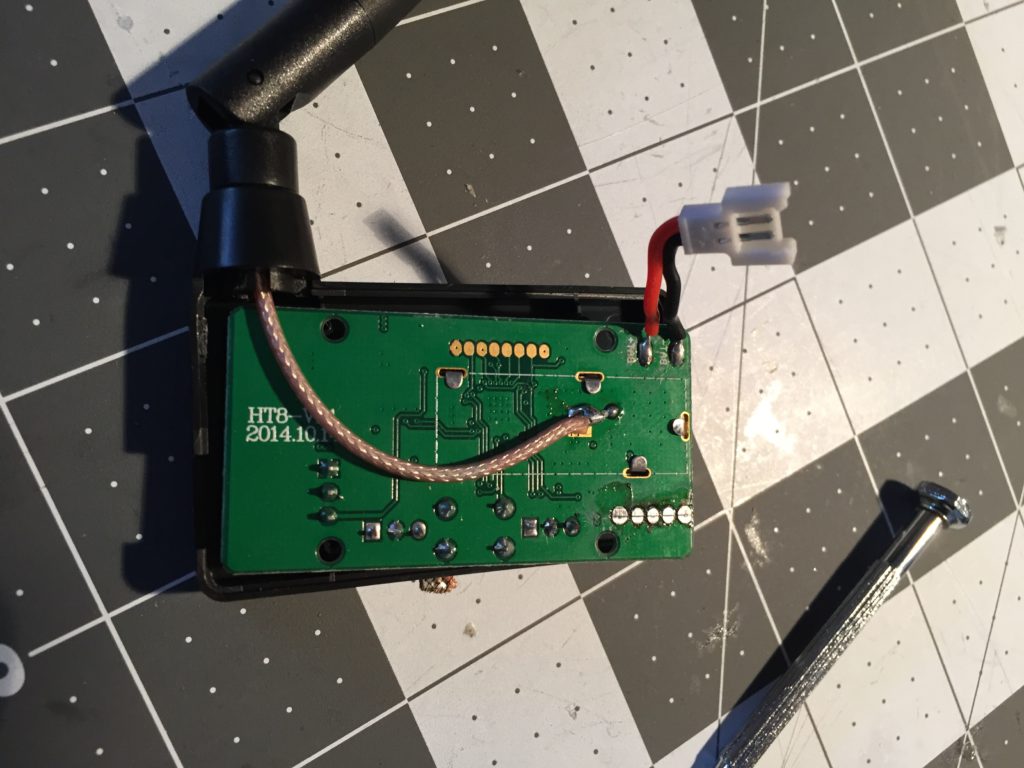 With the transmitter circuit board in hand, I could test fit it into the module case. To fill in the space I added two layers of dollar tree foam board cut to fit. 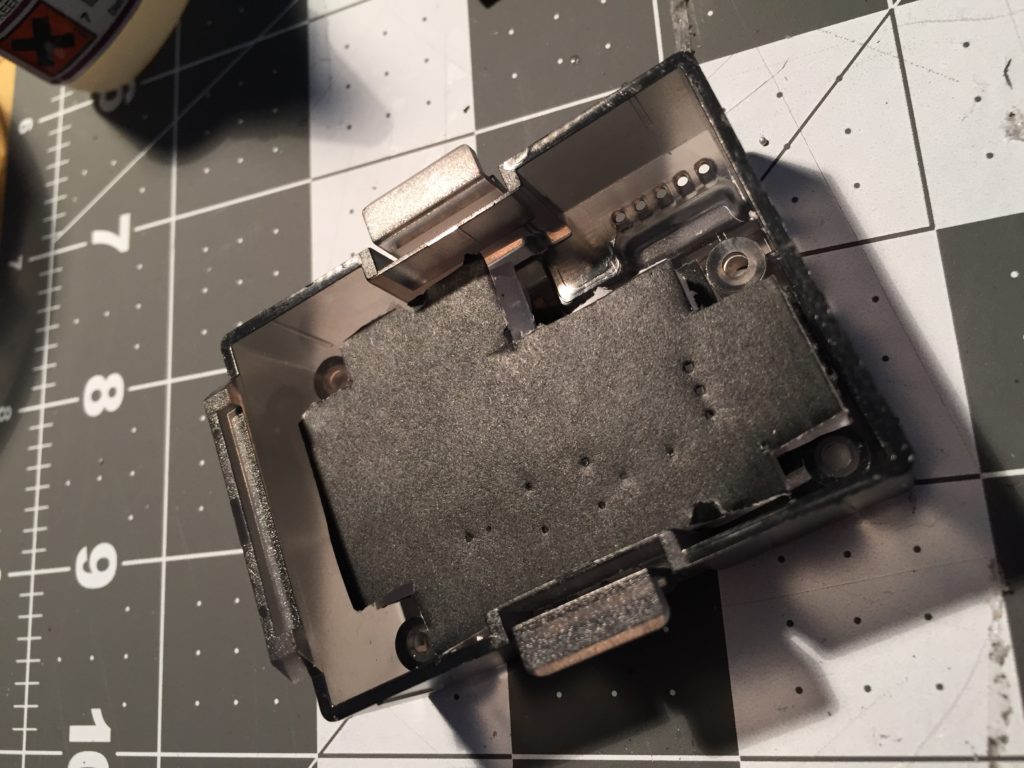 I aligned the circuit board vertically with the on/off switch upwards. So the lid wouldn’t crush the on/off switch, I had to remove some gusset material at the top. To get the case lid to close I would only be able to use 3 out of 4 of the case screws. In the photo, you can see where I used a dremel to remove one of the case screw posts at the bottom of the module. I also drilled a hole to be able to push the mode button on the HT8. 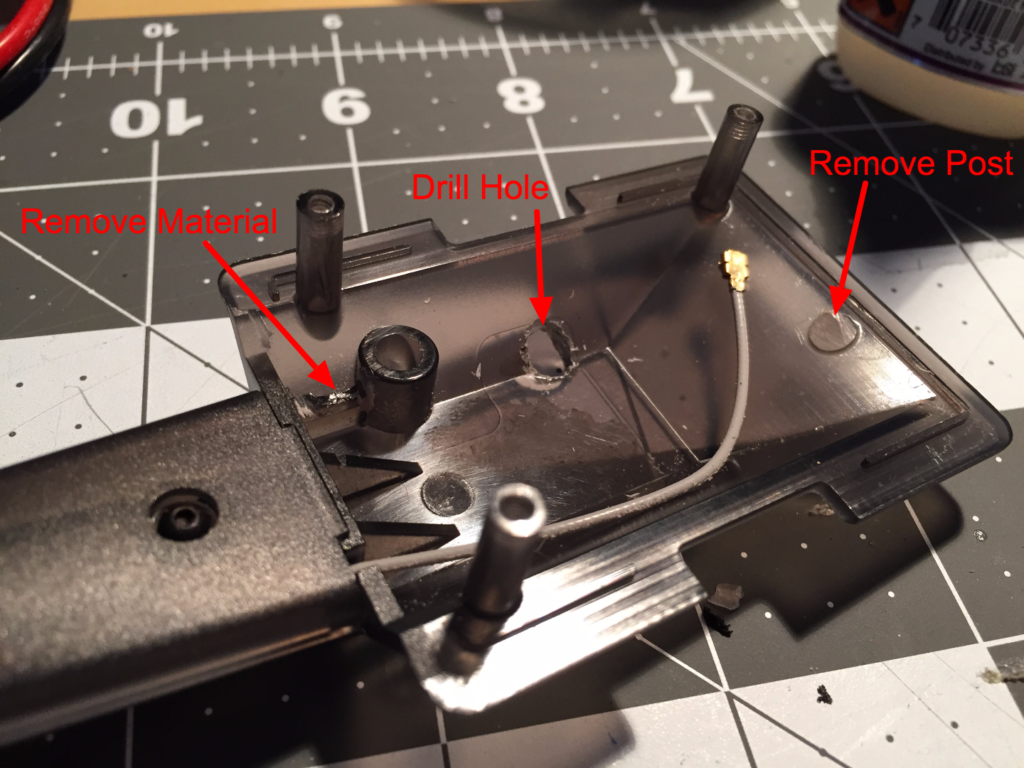 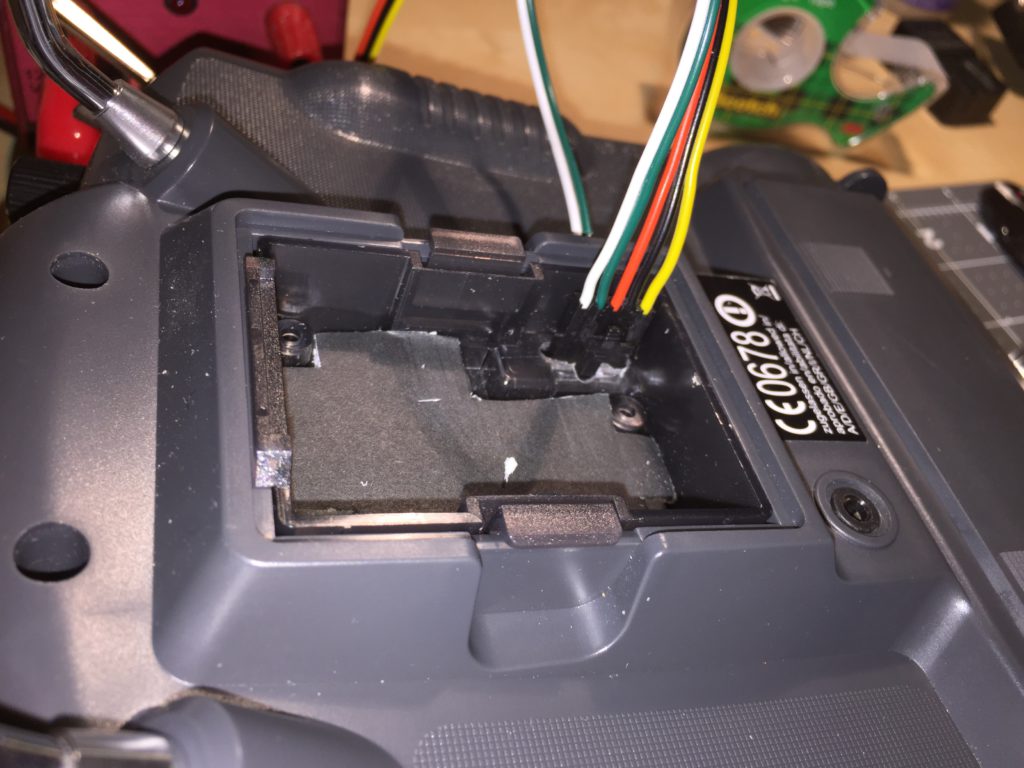 I arranged the molex pin colors the following way from top to bottom: 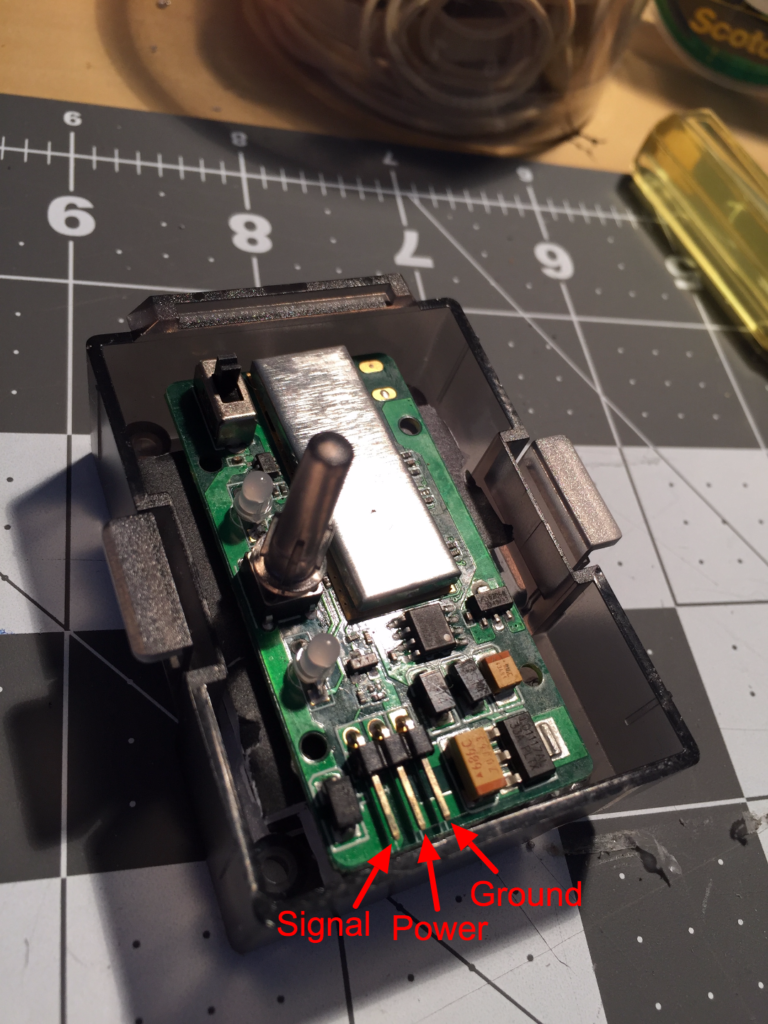 With everything wired up I was ready to pack it in and fasten it shut. To be clever, I used a dab of hot-glue to tack the included button extension to the mode switch on the HT8. The button extension would go through the hole I drilled in the case for ease of use.

The button with the extension wound up being a problem as it protrudes from the module quite a bit. Pressing the mode button switches the HT8 between Futaba, JR, and Walkera modes. Changing modes while a model is active reassigns the channels which can (and will) produce unexpected things to happen. If you set down your transmitter, there’s a good chance this button will get pressed. If your model is on, it will likely do something unexpected that may result in breaking and/or injuring someone 🙁

So I removed the button extension, opting instead to switch modes (which will likely only be required once) by using a small screwdriver. 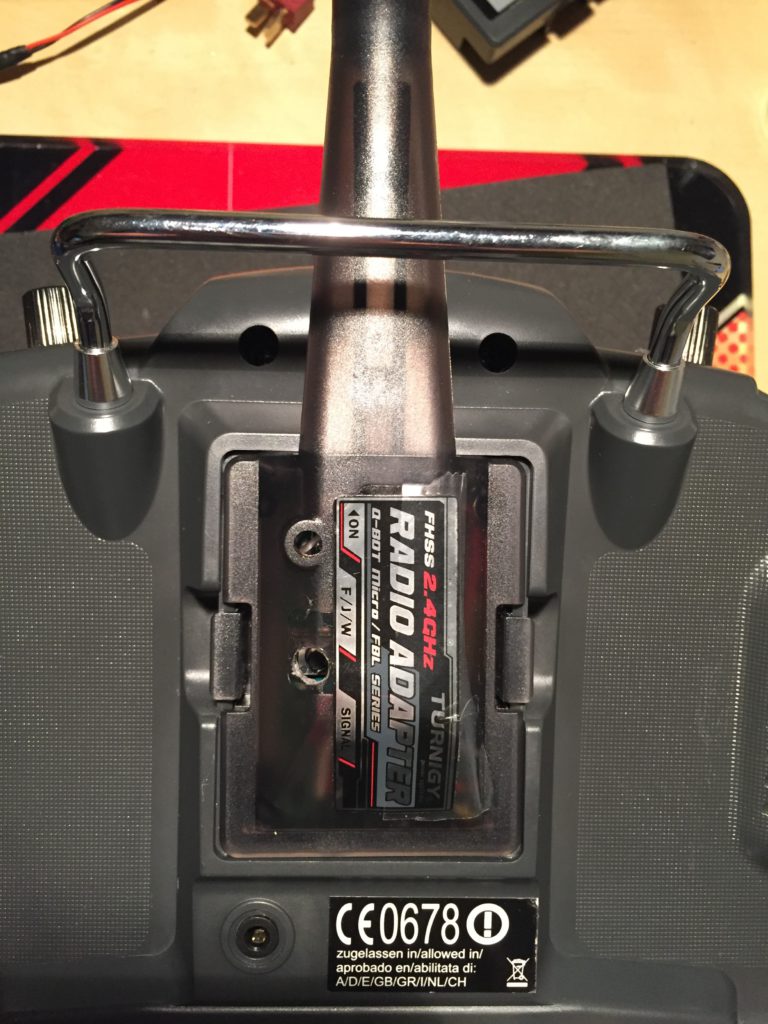