As a kid I was never really interested in flying models. I could only imagine my first crash with an expensive balsa wood airplane, and the ensuing rebuild.

From then until now two things have taken off (literally):

I saw a show on DIY network called “Radio Control Hobbies” that featured a Electric Ducted Fan (EDF) jet in the form of a foam MiG-15. It had no landing gear, you threw it in the air and then landed it in the grass. It looks like a real jet because the propeller is a fan hidden inside the body. It looked amazing.

So that’s what I’m aiming for, but I needed to start with something simpler (and slower) to learn on as EDF jets are fast. Enter Flite Test. I found the Flite Test YouTube channel after watching an incredible video of an RC glider sent into space:

I was instantly addicted. As luck has it they were just releasing the Flite Test Tiny Trainer. I decided this is what I would learn on as I could go from 2-channel, to 3-channel, to 4-channel flight with one model.

I feel like Flite Test really “gets it.” Their model kits are made of foam board you can buy at the dollar store. They all use simple electronics. Most don’t even have landing gear, you just throw them in the air and bring them to a (hopefully) soft landing in the grass. Ultimately it’s less stuff that I can break.

I dressed my homey foamie up in some Meatball Racing livery that resembles a bit of a Mitsubishi AM6 Zero. 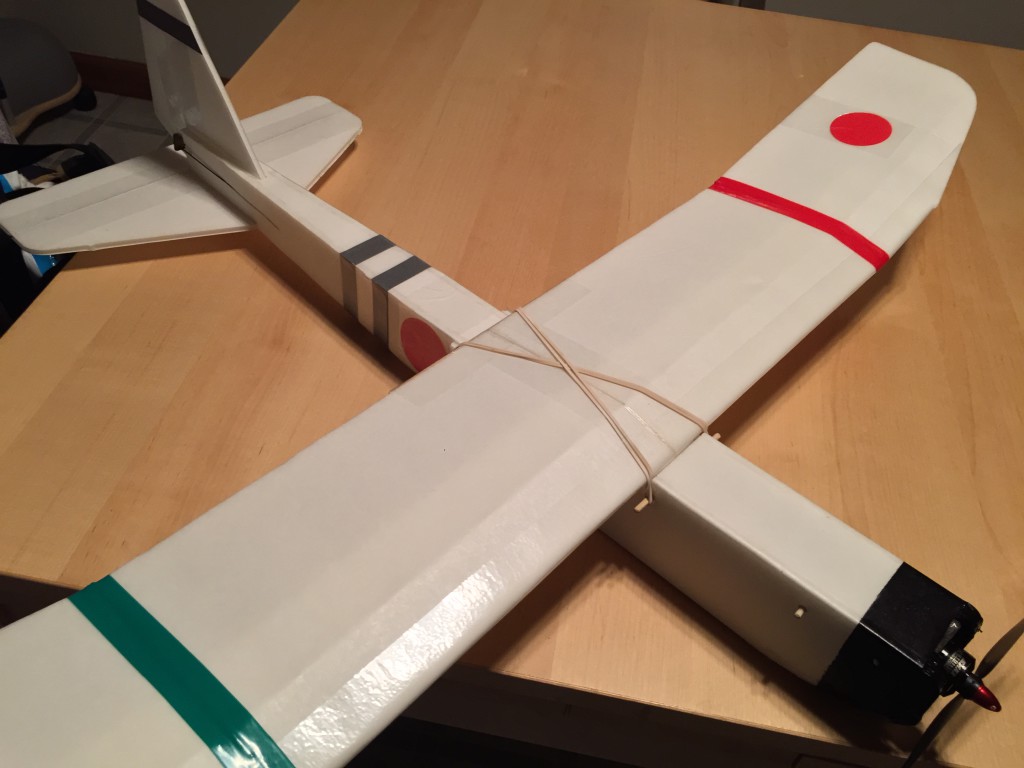