Here’s a quick tip on lettering even the smallest tire sidewalls. I essentially used the technique in this video, but with some extra techniques to work on a 1/10 scale on-road tire:

And I used an extra-fine white Sharpie paint pen on my 1/10 scale vintage trans-am (VTA) pre-glued Protoform tires (front and rear). Using some patience and a toothpick I was able to get OK (but not great) results. 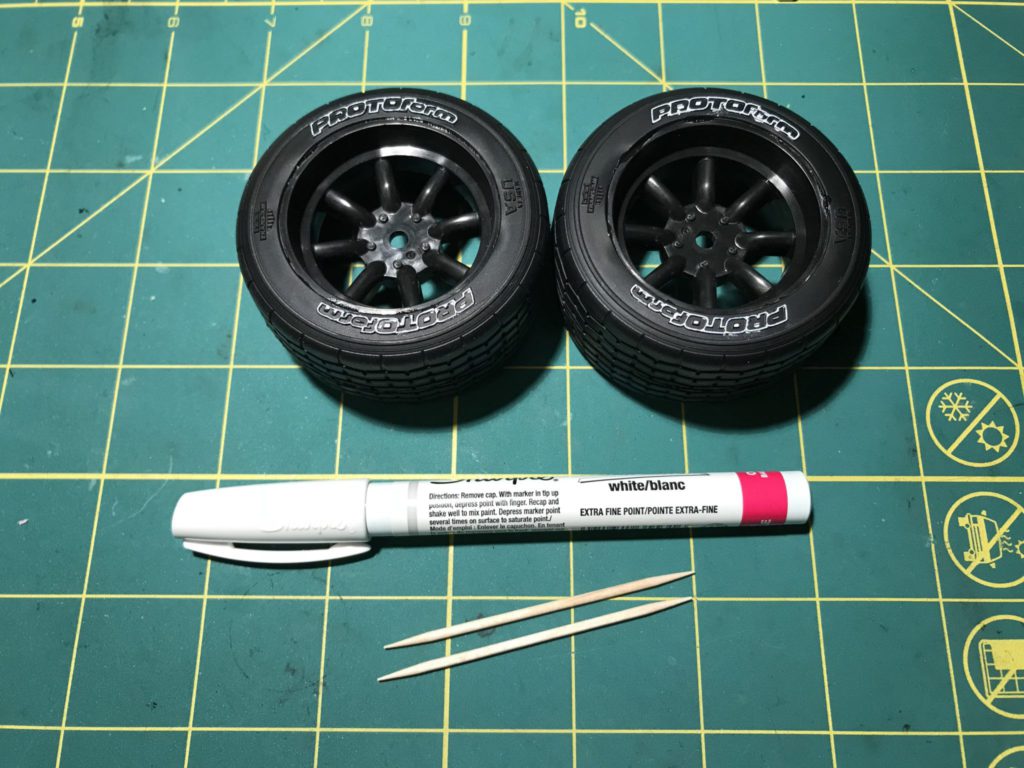 The goal was simple, color the raised logo sections on the tire. The execution was more difficult than it seems because the logos are barely raised from the sidewall. What happened was paint often running off the logo onto the sidewall.

The best solution I found was to keep going! Leave any paint that you want to remove from the sidewall to dry for a minute while you’re continuing to paint. Then take a toothpick and scrape off the dried paint you don’t want.

If you want the stuff to stay-put you’ll want to seal it up. All the guys at my local track glue the sidewalls to avoid excessive traction rolling, so I suggest doing the same for both performance and retention of your newly painted lettering. 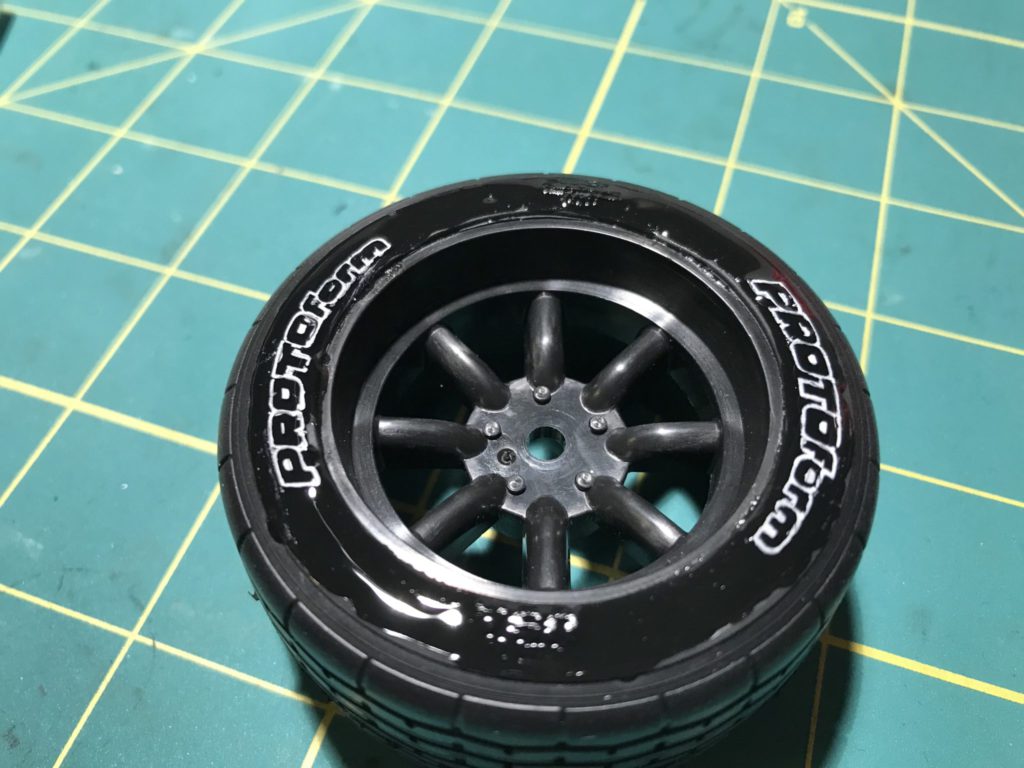 I use TLR tire glue. It’s a clear CA glue that dries flexibly. Other tire-specific CA glues are black in color and won’t let the white shine through.

So it doesn’t take several hours to dry, use some CA kicker. Don’t spray it directly on the glue or it will turn white. Instead spray a quick spritz into a cup, and then cover the tire with the cup. I use a collapsible camping cup that I got at walmart. It was super cheap and folds down to put into my tool box. 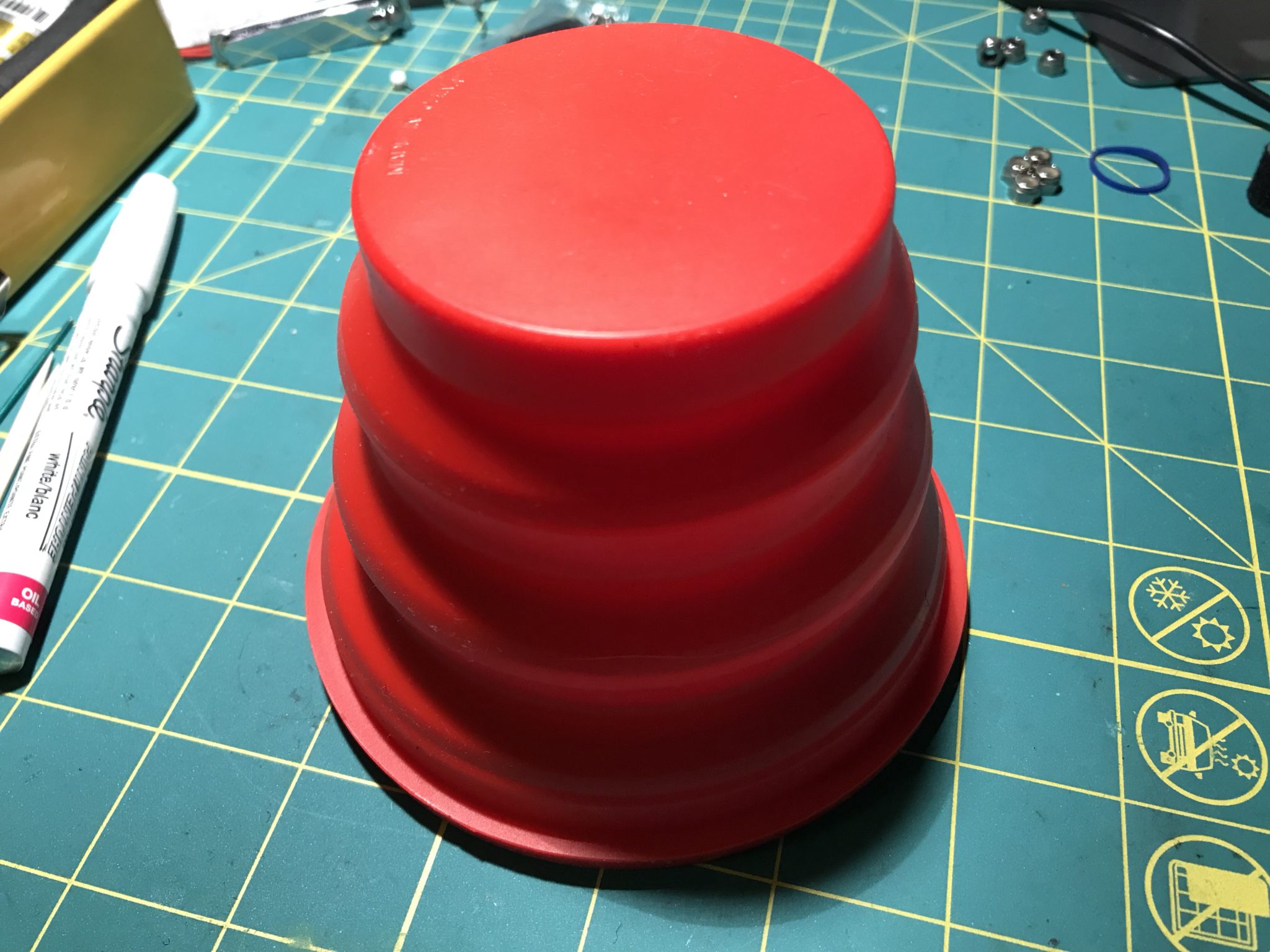 I tried using this sharpie paint pen for another project but it didn’t work as nicely as it did brand new. If anyone has any tips for cleaning or storing these sharpies so they last longer, let me know in the comments!