But he seems to like the HPI RS4 Rally – it’s part on-road and part off-road, and I’d rather not buy another chassis. Why not just put a Mini Cooper body on it? RCMart sells a Colt Mini Cooper body: 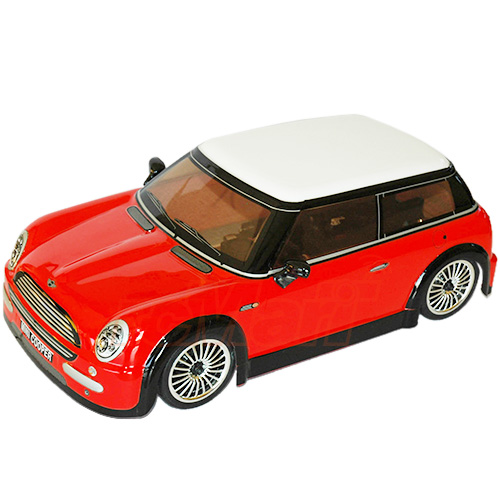 Shipping on these bodies is pretty silly because they’re light, but require large packaging – and they’re coming from China. So a $17 body can quickly approach $40 once it’s shipped. I opted to order their two-pack so once they’re shipped, it comes to roughly $24/each. Now I’ve got a spare that we can paint once he puts the first one through the ringer.

For color Jules chose a teal colored Duratrax paint – one that is suspiciously close to the color of Thomas the Tank Engine – which he is also very fond of. I was inspired by a Mini I saw on the road that had a checkerboard roof. So I added that treatment. I created a criss-cross pattern using the width of my masking tape for the spacing, using this technique from RCGroups: 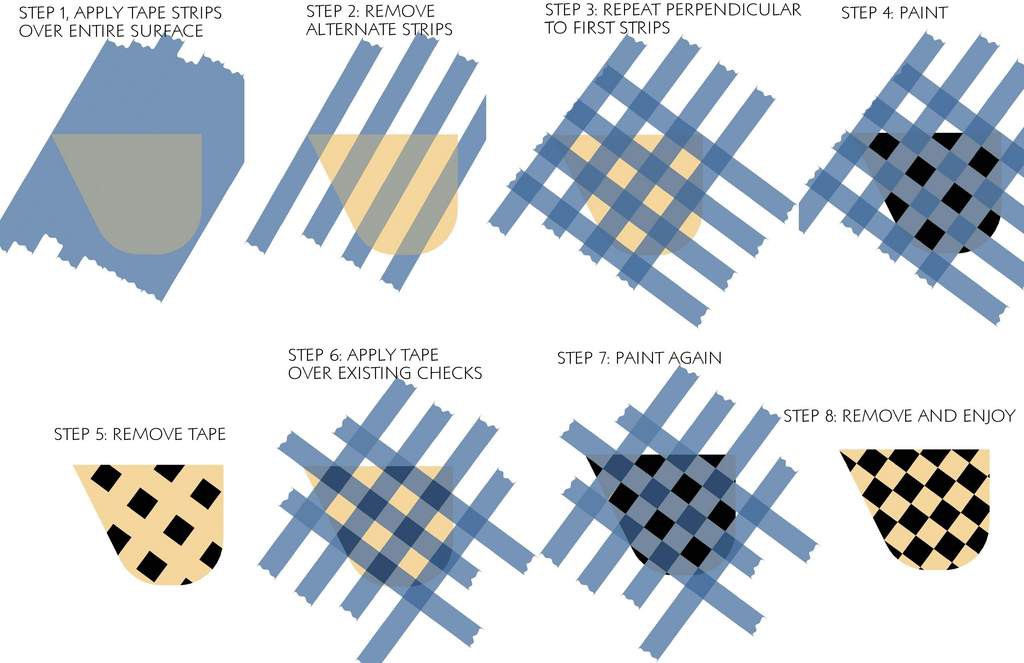 I did black first, then white over that. Here’s a photo just after applying the 2nd set of black checks. There’s a little paint bleeding under the masking tape, but it was good enough: 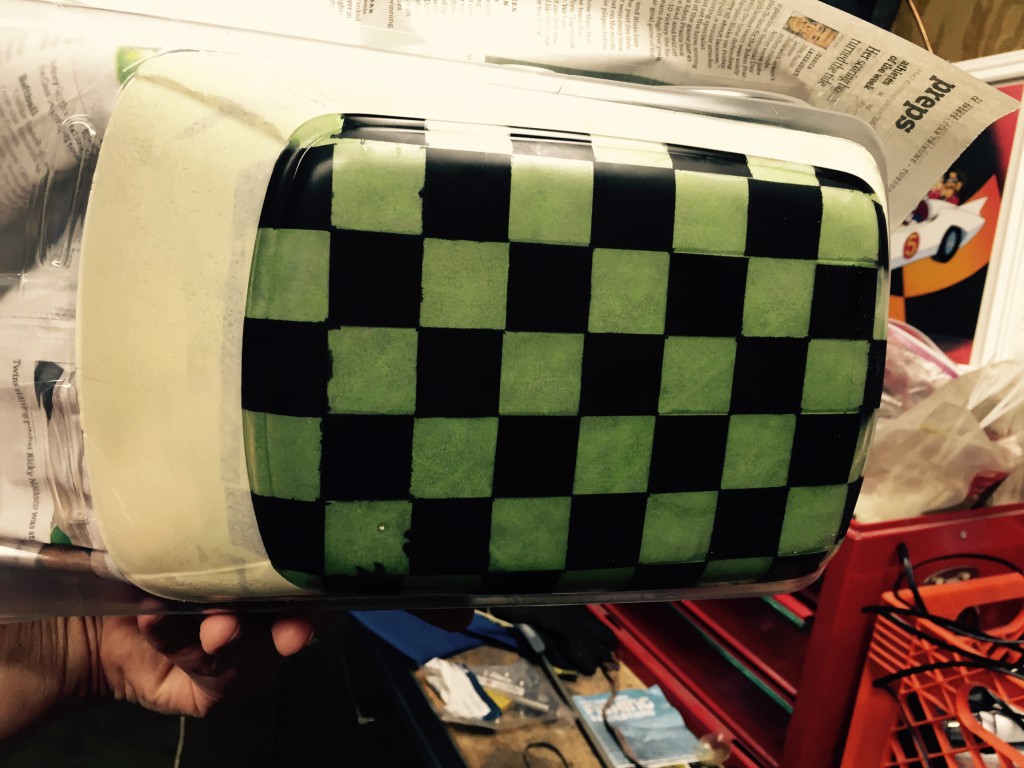 Here are the paints we used. All Duratrax spray paint: Basic Black, Base Cover Coat (white), and Teal: 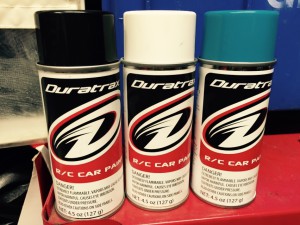 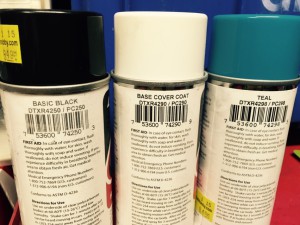 I call it a Mega Mini because this body is big: 200mm. Sitting next to a Tamiya Mini it surely would not look scale. But it looks pretty awesome all by itself: 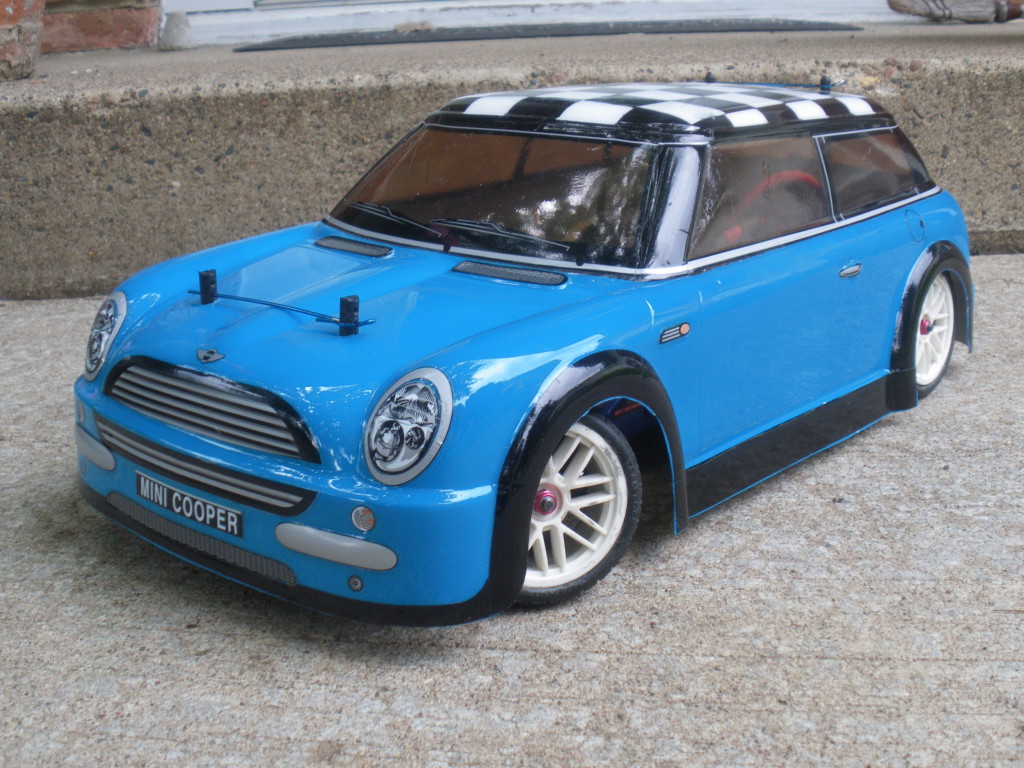