When it comes to racing, I figured my story arc would go something like this:

Mike is one of the officers of a pretty cool, grassroots R/C racing club called Twin City On Road Club (TcORC – pronounced Torque). He brought 4(!) different chassis’ to run at the Sunday event. Since Mike does most of the timing and announcements, he let me take the wheel of his Tamiya Mini Cooper so he was only running in 3 classes.

I went up against the B drivers in their last qualifier, so some might say it was a hollow victory or merely a consolation prize. But it was a lot of fun trying to run a clean race with all of crashing going on.

The car was an absolute blast to drive. Part of my fortunate circumstances had to do with Mike’s dialed car and radio, and a few key tips for a first-time mini driver. Also, it was really only a qualifying heat, not an actual “main” race. Mike’s car had battery issues with a brown-out during the A main, so I wasn’t able to prove my mettle. But let’s be honest, I wouldn’t have won that race. Whatever the case, I’ll take what I can get. 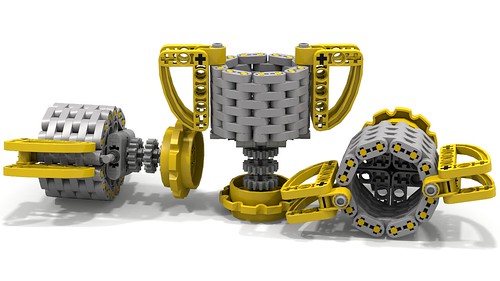 To the average viewer, the following video is probably the most boring thing they’ll ever watch. It does, however, give you an idea of one of the layouts the club runs. It’s not an exciting or glorious video, but here’s proof that I was there – thanking the marshals from the rostrum and apologizing to other drivers when I don’t pass cleanly (it’s become my MO – sorry 🙂 )

Until I get to step 5 again, I’ll be diligently working to climb the ladder in my normal class, going through steps 3-4.