My son and I got 2wd Slash trucks for his birthday and Father’s Day respectively. Since my daughter is left-handed, I would occasionally swap out the radio for the left-handed Arrma ATX-300, put the ESC in “Training Mode” (50% speed) and let ‘er rip. 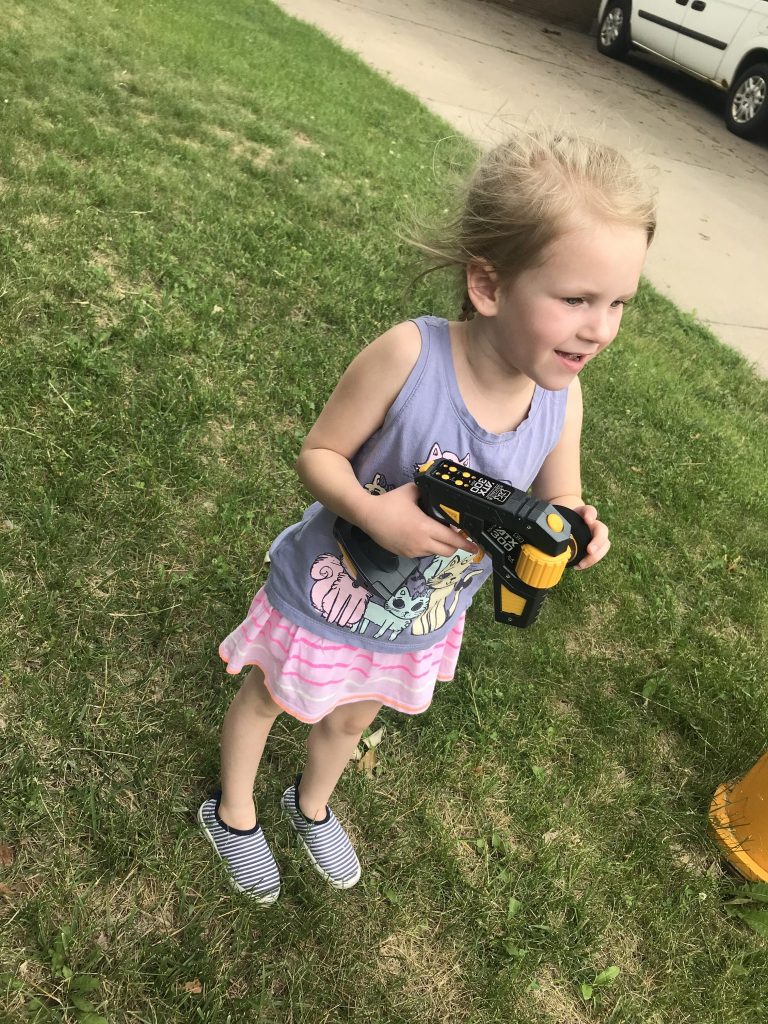 Swapping out the radio was getting old. Plus one time I left the ESC in training mode when I hit the track. You can imagine my surprise when I’m getting passed in the back straight like I’m standing still, wondering where all the power went 😵

Why not get her a car/truck of her own? Something smaller and better suited to a 5 year-old.The Slash is 1/10 scale as advertised, but it is actually larger, closer to most 1/8 scale models. I wanted something almost half of that, like 1/16 or 1/18 scale. I initially looked at the 1/18 scale Dromida Wasteland Truck, with its ability to shoot a Nerf dart:

Those were top of the list until I found out they have a hybrid (combined) ESC/receiver – which would not allow me to replace the receiver with the Arrma one bound to the left-handed radio.

As I’ve said before, I’m a big fan of Traxxas’ Training Mode. All of the LaTrax vehicles are made by Traxxas and have the same legendary durability plus training mode. Also at 1/18 scale, the cars & trucks are about half the size of a Slash.

I got her a LaTrax Desert Prerunner which comes in an awesome “Color Burst” paint scheme. They’re a miniature short-course truck, so no one feels left out. 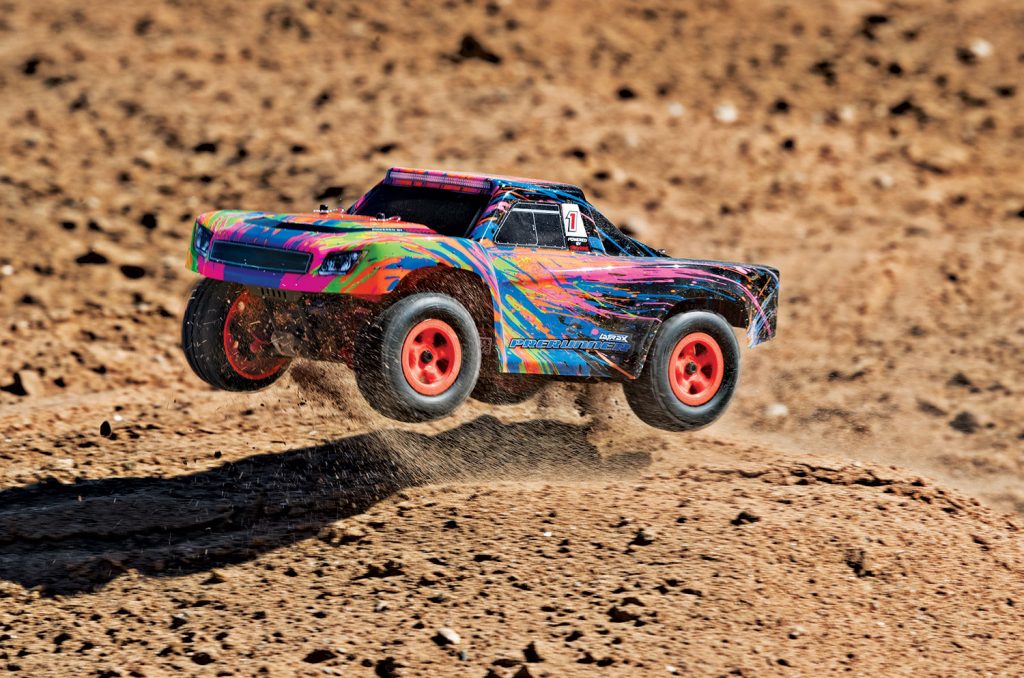 It comes with literally everything you need to run, even the 4AA batteries for the transmitter. But the first thing I did was remove the included receiver and replace it with the Arrma one so it can be driven left-handed. I had to remove the water-proof case for the traxxas receiver – so we’ll just have to be careful not to drive into any lakes. Otherwise installation was a snap using some 3M mounting tape.

NiMH is good enough to start

It comes with a NiMH battery and charger, which initially was somewhat of a disappointment, However I understand it due to the cost, simplicity of charging, and no-brainer safety.

After seeing this thing go several times I’m convinced that the included NiMH battery is perfect. This little truck rips! Even on 50% power it is fast, and with the reduced top speed the battery will last a good 25 minutes. It is super easy to charge a NiMH battery with the included charger and there’s really no way to screw it up.

Sure it would be cool if they instead included a LiPo battery and a B3 charger. Those upgrades can come later and the LaTrax is LiPo ready. Plus you won’t need the extra power or runtime until your kid has mastered control at 50% power.

The only thing I’ve had to purchase so far is extra body clips. Kids will lose them. Also if you have other RC cars, one will eventually run over this small-scale truck and the tires will quickly remove the body clips for you. Guarantee we lost one when this E-Maxx ran over the Prerunner:

Our friends here in town at Dollar Hobbyz made a great video about upgrades for these fun little trucks:

Stay tuned to the end where they cover a free upgrade of flipping the shocks for better durability. Sure beats the shock upgrade option which is half the cost of the truck itself.